Minneapolis City Advances in the US Open Cup

I've had the privilege of helping coach Minneapolis City SC for the last several months in preparation for our match in the second qualifying round of the 2017 US Open Cup. Today we finally took the field against Oakland County FC. We could not have asked for a better autumn day in Minnesota, with clear skies and temps in the 60s. The boys took the field in the cup kit - a classy retro inspired ensemble that looks beautiful on the pitch. The play in the first half was equal to the kit, with long stretches of possession and numerous scoring chances.

Oakland County FC, however, would be first on the scoresheet, netting against the run of play early in the first half. City bounced back quickly, as the boys kept their heads up and found the equalizer just minutes later. The even scoreline carried into the second half, with City again creating a handful of goal scoring opportunities. Unfortunately, we couldn't capitalize during regulation and the game went to extra time.

There was a sense both on the bench and in the stands that a City victory was inevitable...Coach Bizz in particular could already taste the Summit beer that was waiting for the team in the locker room. City supporters would not be disappointed, as Whitney Browne, the younger of the dynamic Browne brother combination patrolling the midfield for City, would go on to score the match winner in the 95th minute:

And the Chairman was pumped...Thanks in large part to a few Summits, we think. 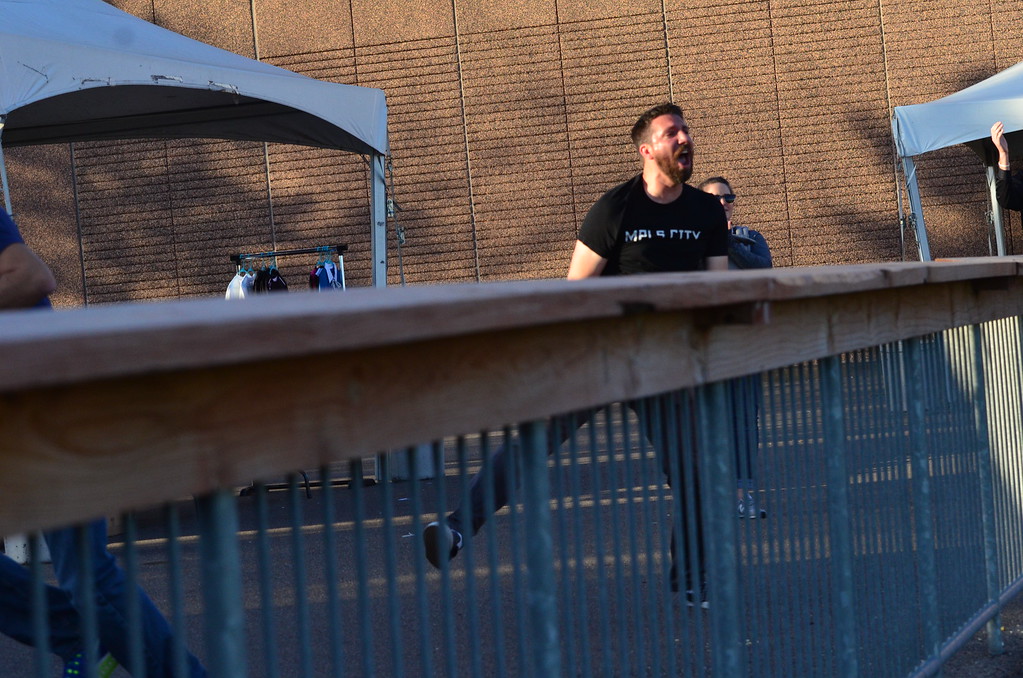 The boys locked down the remaining 25 minutes of extra time and sealed the victory. City is now on to the next round of the US Open Cup, with the date, venue and opponent TBD. It was a great day for the young club, the players and City supporters with soccer in Minnesota taking another great step forward. The Talisman team is looking forward to what the future holds for Minneapolis City. Stay tuned and make sure to pick your City cap before the next match.